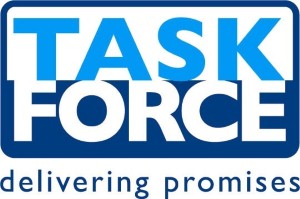 “I’ll take form a task force, for one hundred, Alex”.

That is the jeopardy question and answer, for your viewing pleasure.

It seems that yet another “Task Force” is being formed to address the reasons Democrats in Florida continue to lose.  I guess Allison Tant is taking a page out of Debbie Wasserman-Schultz’s playbook, since DWS formed a “Task Force” to find out why Democrats got the brakes beat off of them all around the country. A Task Force that will deliver promises, but never any ANSWERS.

I guess it makes sense that Tant would pull from the DWS playbook, after all, it WAS because of DWS that Allison Tant got the job of Chair of the FDP anyway, right?

Look closely at the list of people that make up said “task force”:

I’ll let you decide for yourselves who you think will actually try to DO something on this committee.

The funniest part of all about this Task Force is that the results will be announced in June of 2015 at the Leadership Blue Weekend!

Really?  It’s going to take that long to figure out what happened in the 2014 election cycle?

You are losing your base and the best you can come up with is a Task Force made up mostly of people who are going to tell you what you want to hear?

To hell with getting votes and inspiring the Democratic Party members.

Guess what, FDP leaders, inspite of YOU, the grassroots people of the party DO in fact want to bring this party back from oblivion.  THEREFORE, we will be taking matters into our own hands.
I have no confidence in the current party leadership. Take a look at Allison Tant on this video and see why:

Stay tuned to see what REAL Democrats do when the going gets tough!