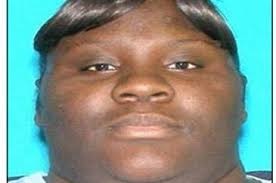 A Gary, Indiana woman, Natisha Hillard, has plead guilty to selling her child for sex and allowing the child to take part in child pornography.  Other news outlets have called this animal a mother.  I won’t do that.  She is not a mother.  She is an animal. No mother would sell her child for sex. A mother would sell HERSELF before she would let anything happen to her child.  Get this:  The baby was between 4 and 18 months old when this thing sold it for sex.  She did it a total of 8 times.

Hillard held her baby, who was at the time between 6 and 9 months old, while Bour sexually touched the baby.

Instead if getting a job, Hillard decided to make money this way.  Selling her children to sexual deviants.  She sold her older, 3 year old, to Bour for pictures, and then got extra to let him be alone with the baby!!!

“He didn’t tell me what he was going to do with the [the images],” she told law enforcement. What did this cow think he would with the pictures, let alone what he would do while alone with the baby!

Hillard faces minimally 30 years in prison.  I say she should be put down like the animal she is.