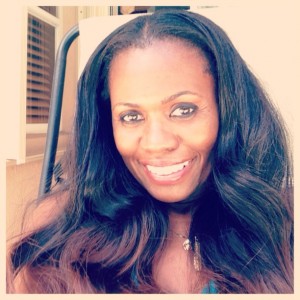 Well, well, well. There is a nasty little rumour going around that Scott Arceneaux, the current Executive Director of the win-less Florida Democratic Party, is leaving his no-accountability post at the FDP to join Hillary Clinton’s Presidential campaign.

Hillary, girlfriend, let me just say if you REALLY want to win Florida, that isn’t the way to do it.

You have to be aware of the under-handed tactics used by Scott Arceneaux to undermine Black Women in this state.  If not, just ask the Association Of State Democratic Chairs. They know all about it.

Oh wait, that has yet to come out, but it’s coming.

Sooner rather than later.

Florida is very important. We all know that, so why on earth would you recruit part of the problem that is plaguing Florida?

What Democrat in this state honestly thinks Scott Arceneaux, or Allison Tant, for that matter, has done a good job?

Please raise your hand so that I can sign you up for Obamacare to get you that mental health care you obviously need.

Rewarding mediocrity isn’t your style, Hillary, so I really don’t get it. People can say a lot of things about you, but being stupid is not one of them.

I’m really hoping this rumour isn’t true, however I’ve gotten it from very reliable sources, so something tells me that it is.

Hillary, you still have time to re-think this, and I hope you do.

I want to support you, really I do, but I just can’t wrap my head around a decision such as this, nor can I support someone who would make it.

If you want the support of Black Women in Florida, and let’s face it, Hillary, you need us, this choice is not going to get that for you. In fact, it is reason enough to NOT support you.

We don’t support those that go out of their way to sabotage us. Nope. We don’t do that Hillary.

Based on what I’ve heard about your “list”  you don’t take too kindly to that sort of behavior either, so I’m sure you understand where I’m coming from.

Now I’m willing to discuss this with you Hillary, because you clearly don’t realize what a huge mistake this will be.

Call me. My number is listed!