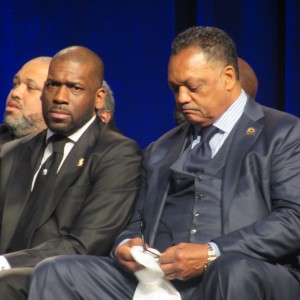 Pastor Jamal Bryant was invited to be the keynote speaker at the annual MLK awards breakfast in St. Petersburg, Florida, by the National Council of Negro Women on Jan. 18, 2016.

When I say deal with it, I mean deal with it in a manner more mature than the way it was dealt with by St.Pete Pride and the Stonewall Democrats.

They stomped their feet, screamed and hollered to the press, contributed to one hell of a firestorm, and guess what?

Instead of sitting down like adults and discussing the issues, these groups attempted to enforce their will and intolerance on the National Council of Negro Women using bully tactics.

For the record, Representative Darryl Rouson, even though he is married to the president, is NOT the NCNW.

The press was their weapon.
Elected officials were their pawns. Hey, they don’t want to upset the Gays! They need their votes!

They don’t care about upsetting Black people, because who are we going to vote for besides Democrats, right? That goes back to that whole taking the Black vote for granted thing that I always tell you guys about, remember?

What they don’t realize, though, is that even if we don’t vote Republican, we WILL stay home. Ask Charlie Crist.

Back To this Jamal Bryant issue.

I find it laughable that the “spirit of Martin Luther King, jr.” was also a line used to justify the white privilege attitude used by Susan McGrath when she INSISTED that the NCNW does what she wants or else.

If the spirit of MLK is, in fact, one of inclusion, wouldn’t that warrant actually trying to have a discussion with the NCNW and/or Pastor Bryant BEFORE waging a media Jihad?  I find it interesting that the Rev. Jesse Jackson, one who has actually spent time WITH Dr. Martin Luther King, jr., and doesn’t have to guess at what the man was like, doesn’t seem to have a problem spending time with Pastor Bryant, in fact not only has Rev. Jackson shared a stage with Pastor Bryant, he has invited him to speak at Rainbow Push Coalition functions as well. 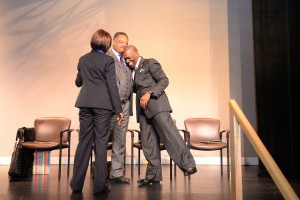 The event sold out or has come close to selling out 1200 tickets. Why isn’t anyone asking any of the people who actually bought those tickets how THEY feel? 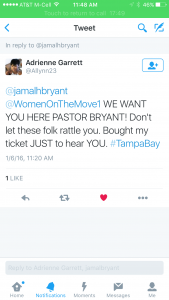 The people knew who was coming when they purchased those tickets, and they for damn sure know who is coming now. There hasn’t been this mad rush to get their money back.

In fact, there is more support for Pastor Bryant than the media is reporting.

I wonder why that is. Things that make you go hmmm……..

Pastor Jamal Bryant has stood in the forefront of some of the major issues affecting African Americans today. While that doesn’t make him right in everything he says, it certainly justifies why the NCNW would choose him as a keynote speaker for their MLK awards breakfast. 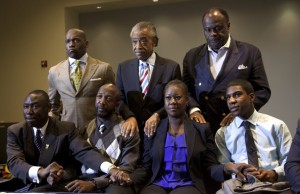 When it comes to the African American community and getting the vote out, everybody and their mother wants to race to our churches to pay homage. They want to praise the good works that are done there.

Guess what?  In just about every Black Church across America, what Jamal Bryant has said gets said. Not one politician, including Rick Kriseman, gives a flying you know what, at that point, so I’m calling a  big dose of hypocrisy right now.

If Rick Kriseman truly believes what he is now spewing in the press, then he should NEVER step foot into another Black Church where the same sentiments are preached, or at least start condemning them in the same manner.

How much do you want to bet that he doesn’t do that?  You see he is doing what most politicians do.  PANDER.

If Rick Kriseman doen’t want to give Pastor Bryant the key to St. Petersburg, I say Black St. Petersburg should get together and give him one of their own!  He deserves it simply for the work he has done for Black Lives Matter and in defense of what has been happening to Black people all over this country.

And to Black LGBT writers of the open letter calling for Pastor Bryant’s invitation to be revoked, you know firsthand that your LGBT community is ripe with racism towards you, and you face the same disrespect from them that you say you get from Pastor Bryant.  To play that media game along with them was falling right into their hands.  At that point, they were able to then say: “see, the Black Gays agree with us”, only to then go back to treating you in the racist manner they always treat you with after they have no more use for you. It’s that same old divide and conquer mentality that has been used against Black people since they dragged us kicking and screaming over here.

With all the killings going down in St. Petersburg of young Black boys recently, they could use someone like Pastor Bryant right about now.

Mayor Rick Kriseman and whoever else  is in charge over there sure haven’t been able to stop all those young Black kids from all that violence!

And to the LGBT groups who want to cry foul on Pastor Bryant, why not address the rampant racism that permeates the LGBT community when it comes to Black LGBT members?

That is well documented.

Lastly.  I did some research to try to find where St. Pete Pride and the Stonewall Democrats have actively participated in African American issues, and guess what?  Zilch. Zero. Nothing.

You get where I’m going with this.