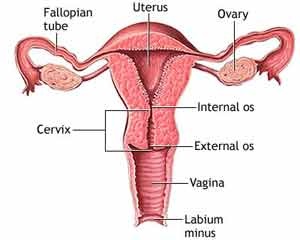 Stay out of my womb!

Please. Please. Stay out of my womb! Legislators, interest groups, religious groups. I can management my womb just fine. I don’t need help, thank you very much!

What is America’s obsession with invading the sanctity of a woman’s body? The so called right-to-lifers fight tooth and nail for the unborn, yet do not give a flying you know what once the children are born! In fact, single mothers are STILL looked upon with disdain by the very groups who insist that they become single mothers.

Who would have thought that women would still be fighting this fight so long after Roe v. Wade?
If men could get pregnant, this wouldn’t be an issue.

Today, the Supreme Court refused to hear Arizona, and Jan Brewer’s appeal of a circuit court ruling that a ban on abortions after 20 weeks violated a woman’s constitutional right to have an abortion. Thank you Supreme Court. While it would have been better if you ruled that Brewer and her ilk should go have a seat, but I guess the silence amounted to the same thing. Think about that for a minute, though. Women are constantly having to fight for the basic right to control our bodies!
Birth control is a huge issue for some, yet I haven’t heard anyone in an uproar over Vasectomies! A vasectomy is a form of birth control, is it not? Because it is a procedure for men, no problem, no argument, no foul.

No matter what side of the abortion issue you are on, the bottom line should be the right of a woman to control her body. If someone doesn’t want to have an abortion, it is simple. Don’t do it!

Whether or not to have an abortion, or whether or not to use birth control is a decision between a woman and her doctor. We aren’t property! Gone are the days that we have to ask permission from men to exercise our basic rights……or so we thought!