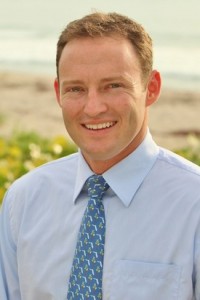 Let’s face it. In order for Patrick Murphy, or any Democrat, to win the U.S. Senate, he is going to need Black voters.  In fact, he is counting on Black voters towing the party line and voting for him just because he is a Democrat. The Florida Democratic Party is counting on that same thing.

The days of blindly following orders, or voting for someone, regardless of whether or not they care about our issues as long as they are a Democrat, are over.

Patrick Murphy has never addressed the issue of Police Brutality against Black people.

I suspect he never will.

You see, he wants the votes of people who don’t think there is a problem, and because of that, he will avoid the issue of Mike Brown, Eric Garner, Walter Scott, and Freddie Gray, just to mention a few, like the plague.

Hillary Clinton knows that she can’t ignore it, which is why she addressed this subject in a recent speech.

Pam Keith, the other declared Florida candidate in the race for this U.S. Senate seat has addressed the issue, as recently as this morning:

On April 19th Freddie Gray, a 25-year old Black man in Baltimore Maryland, died from an injury he suffered while in police custody that severed 80% of his spinal chord. We have no idea what happened to cause the injury, but common sense tells us that such injuries do not occur by themselves. In the legal profession, we call it “res ipsa loquitur,” or “the thing speaks for itself.” Freddie’s death was inherently suspicious and in all likelihood the result of reckless behavior. But the real problem is that it was not an isolated incident. It came on the heels of several other incidents in which unarmed Black men died at the hands of police…..

Just like Charlie Crist, Murphy thinks that all he has to do is show up with President Obama, and Black people will fall in line behind him.

We are tired of being taken for granted.

Black Women are tired of our sons, husbands, brothers, and uncles, being killed with impunity!

I started the Democratic African American Women Caucus because there is no Democratic Organization in Florida standing up for us.  In fact, the Florida Democratic Party has tried everything it could possibly think of to shut us down.

We were told that our organization existing would jeopardize the Democratic Women’s Club of Florida, a predominantly older, White organization. I was told that we had to cease doing business as the Democratic African American Women Caucus, or drop the word “Democratic” from our name.

Let me be clear so that you understand completely what I am saying:  The Florida Democratic Party said that Black Women, the voting block that they will be counting on to win elections, can’t call ourselves Democrats.

And yet they want our vote.

Of course I told them I would not stop doing business as the DAAWC, nor would I drop the word Democratic from our name.

The DAAWC is still going strong, and still having people, Black and White alike, men and women alike,  signing up for membership.  Check us out: www.daawc.com

We recently held a Candidate/Leadership Training event in Broward County, that was a huge success.  We brought in Attorney Willie Gary, and Senator Nina Turner, to name a few, and a host of excellent trainers, to include Kristen Crowell, the former executive director of “We Are Wisconsin”, and current executive director of “United Working Families”.

We are trying to teach people how to build winning campaigns, you know, the things the FDP should be doing. Someone should be tired of losing.  Having lost 19 of the last 20 statewide elections should be the first clue that something is terribly wrong on Bronough street.

Although I will take credit for the FDP hiring a bunch of Black people so that they can show the world that they aren’t the racists that they are.

It has become a running joke the way Allison Tant is scrambling to surround herself with as many Black men as possible.  In fact, someone said she looked like she had body guards at a recent Leon County DEC meeting, because of the Black men she had surrounding her. We aren’t stupid, and we aren’t fooled.

It amuses me how they parade a few tokens around to prove that they care about Black people. or throw President Obama’s name around thinking that Black people are so dumb that we will vote for them even though they do not address our issues.

Patrick Murphy’s feet were held to the fire recently by the Florida Progressive Caucus on issues that are important to them.

Black people must do the same.

We cannot allow him, or anyone else,  to skate by without addressing issues that are important to us, and right now, the killing of unarmed Black men needs to be addressed. It has gotten out of hand.

Yes, I said it. And I will say it again.

If candidates are not willing to openly address our issues, we cannot openly vote for them.

We are the backbone of the Democratic Party.  Our support rarely wavers, and because of that, our vote is rarely courted.

Do not just give your vote away.  Make the person who wants it, earn it.

In this climate, it should start with addressing the killing of unarmed Black men.

How about it, Patrick Murphy.  Where do you stand on what is happening to unarmed Black men in this country?