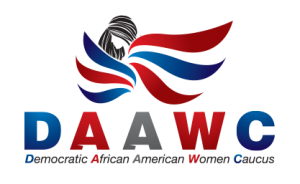 For So long, we have supported everyone via our votes, taking a back seat while doing so.

Now, we want a seat at the table that WE helped to prepare.

Only, The Florida Democratic Party leaders have determined that African-American Women having a seat at the table isn’t something they want.

Or at least not in a timely manner.

On the surface, it really doesn’t make much sense as to why the Florida Democratic Party leaders would want to alienate a voting block such as African-American Women.

Under the surface, however, it becomes clearer.

You see, these people want our support.

They want our votes, but they really don’t want to have to address our issues.

Having a seat at the table means we aren’t on the menu and our voices HAVE to be heard, not from a third party, but directly from US.

Why should we continue to play bridesmaid, never being the bride?

In fact, not one, but two of the people that deal with Clubs and Caucuses for the party suggested that we work under the auspices of a club that, you guessed it, is run by someone who isn’t African-American.

I’m thinking that there is a conspiracy to keep us down, because I recently had a conversation with Maureen McKenna, who is the President of The Democratic Women’s Club of Florida in which she admitted that she didn’t want the DAAWC to exist because she was afraid that it would take away from her group.

She went so far as to suggest that she create a task force or committee to address the needs of African-American Women, rather than have us create our own organization.

She was afraid that African-American Women would join the DAAWC, and somehow leave the DWCF powerless.

Trust and believe that the Lord had me that day, because if the Devil had an inch, it wouldn’t have been pretty!

African-American Women should be relegated to a task force now? A committee?

Ken Evans, the Chair of Clubs and Caucuses for Florida, asked if it would be easier to work under the Democratic Women’s Club of Florida, then went on to say he was too busy working with Lois Frankel’s campaign to do the job of Chair.

Too busy to address the needs of African-American Women?

When I told him that I would be quoting him on that, he informed me that my saying that wasn’t going to get our caucus certified, in so many words.

Am I supposed to treat him as “Massa” in order to get him to do something that is his job?

I’m guessing that a conversation was had by some, because now the common theme seems to be that Democratic African-American Women should continue to work for other organizations, rather than have our own.

Nick Pelitto of the Florida Democratic Party said it.

Ken Evans of the Florida Democratic Party said it.

Maureen McKenna of the Democratic Women’s Club of Florida said it.

Hell, even Henry Crespo of the Democratic Black Caucus said it.

Notice that the common theme of the people “saying” it is that not one is an African-American Woman, and yet they profess to know what’s good for us.

Exactly why are these people afraid of African-American Women having a voice??

When I was told of the phone calls that were made to try to put the kabosh on the DAAWC, at first I chuckled.

I’m not laughing anymore, and neither are the ladies who have banded together to form the DAAWC.

The DAAWC numbers continue to grow, and will only get larger.  In fact, the Caucus been approached about starting DAAWCs in other states.  I think that is something that definitely needs to happen.

African-American Women are a force to be reckoned with, and maybe that’s why this group is being stonewalled.

We aren’t going anywhere, and we KNOW how valuable our votes are, especially in November for Florida.

Our votes can no longer be taken for granted, nor can we.

Come hell or high water, that WILL happen.